The Amhara region encompasses most of Ethiopia’s highlands north and west of the Rift Valley. Here you can find the source of the Blue Nile, Lake Tana, and the breath-taking Simien Mountains, but also a less well-known Menz-Guassa Community Conservation Area (MGCCA). This highland plateau is diverse in wildlife and home to many animals found only in Ethiopia, such as the Ethiopian wolf, the gelada baboon, and several rodent species.

For over 400 years Menz and its resources have been managed using a traditional community-based system. Along with Frankfurt Zoological Society (FZS), EWCP has been supporting this community for over two decades, helping locals to regain management of the land and diversify their sources of income after the disruption of a long civil war. An increase in tourism and the building of a community-owned lodge have been of great benefit.

EWCP has also been monitoring wolves in the Menz-Guassa for several years and, though the wolves here have not been as severely impacted by rabies, the population is limited by the small size of this Afroalpine range. Protecting every inch of suitable wolf habitat is a priority for the long-term survival of this relict population. 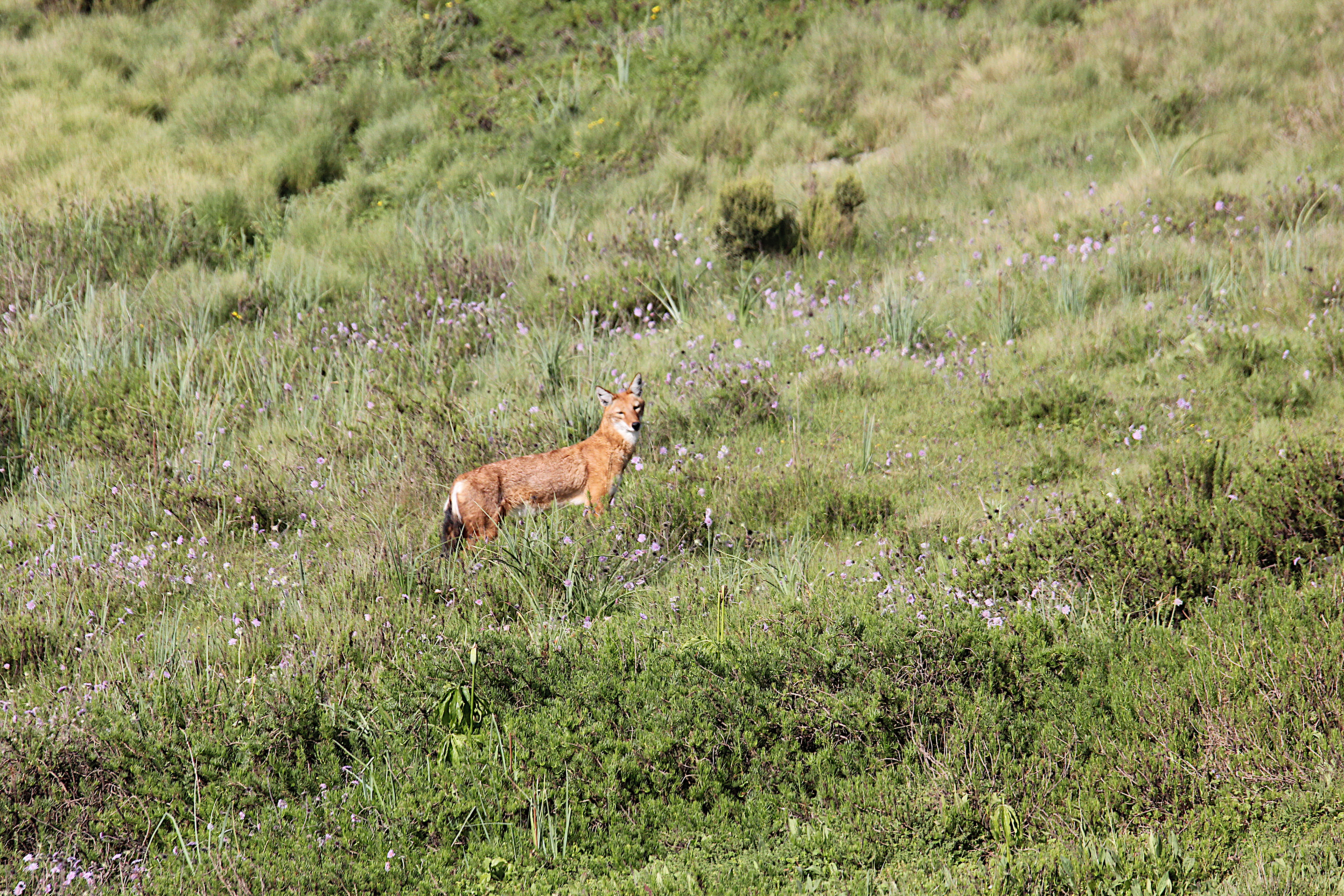 To the north of Menz-Guassa is the Anaz mountain range. It also supports endemic and rare wildlife, including not only the wolf and gelada but the Critically Endangered white-backed and hooded vultures. Surrounded by human settlements and agriculture, and used for livestock grazing, Anaz’s habitats are at risk of degradation - bringing this land under community protection will safeguard it from unsustainable use in the future and better link it to the Guassa-Menz wolf population. We already know that at least one pack is living in Anaz.

To achieve these goals we are pleased to announce a new collaboration. With the support of the Rainforest Trust and the Wildlife Conservation Network in the USA, we are working with a new NGO - the Afromontane Biodiversity Conservation in Ethiopia (ABCE), established by our colleague and friend Dr Anagaw Atickem with whom we have worked for the last two decades. Like us, ABCE is committed to conserving the Afroalpine ecosystem and its species whilst improving the welfare and livelihoods of its people.

Together we will build on the work started by the FZS to prevent habitat loss, support community livelihoods, and monitor and protect Ethiopian wolves. We look forward to building this partnership and seeing the outcomes of the project over the next few years.